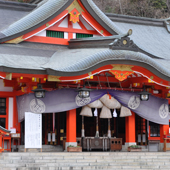 There’s a God for That

Optimism in the Face of Earthquakes, Tsunamis and Meltdowns

There's a god for that

So rapid were the changes that few of the leaders took time to reflect on how to guide the newly reorganized country in harmony with the past. And not all of the changes were good: the shrines would suffer the consequences.

This dark period ended with the Japanese surrendering to the American Forces in 1945. The final capitulation though, was predicated on the emperor’s retaining his title. To allow for this, and yet to prevent a recurrence of fanaticism, a new constitution was promulgated, under which the state sponsorship of shrines was dismantled.

Fortunately, this forced separation of religious sponsorship was not as devastating as opponents first thought it might be. Local communities picked up some of the financial burden and worshipers returned to supporting shrine activities on a voluntary basis. Financially, the post-World War II picture began to look much like the pre-Meiji picture.